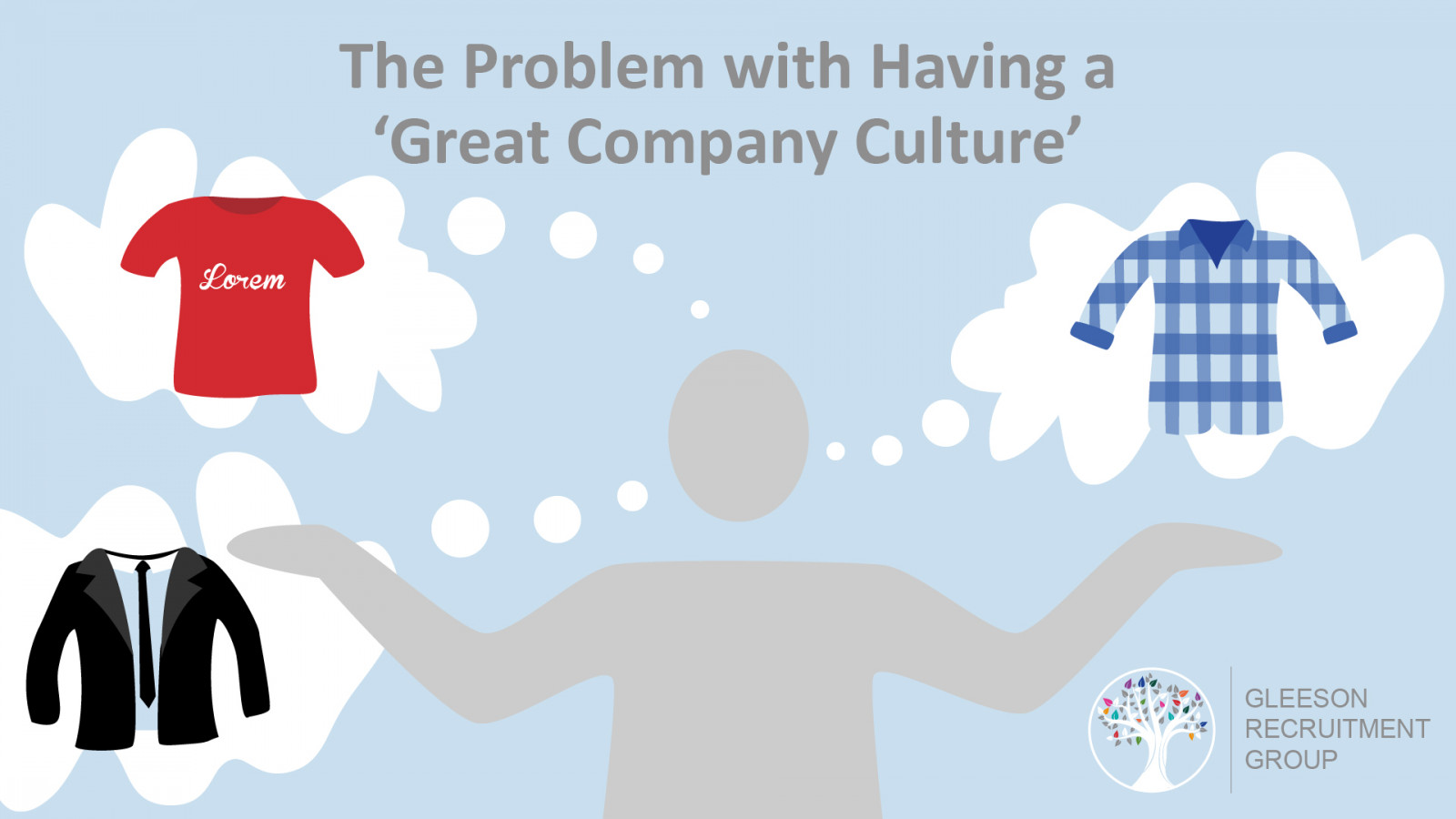 The Problem with Having a ‘Great Company Culture’

In the world of work, there are certain words and phrases that pop up a lot. For the most part, they make sense. We all understand criteria like ‘team-player’ and ‘self-starter’. We don’t struggle with the concept of attending a meeting. A request for strong interpersonal or organisational skills isn’t exactly a head-scratcher.

But there’s one term – one sneaky little phrase – that wriggles into nearly every advert, website, and social media post which centres on business. Unlike the others, it isn’t remotely self-explanatory. Yet it hardly ever explains itself. Oddly, we don’t expect it to.

In some respects, it’s understandable. If you take the same route to and from work every day, you stop seeing it with fresh eyes. It becomes so normalised that our level of attention gradually grinds to a halt without us noticing, like the paint on your front door, or the features of your best friend’s face.

Maybe that’s what happens when we come across the phrase ‘great company culture’. We’ve gotten so used to it that we don’t stop and see the term for what it really is: a total cop out.

When we turn the tables, it becomes more obvious. Suppose you’re looking to hire someone for a role. You’ve got their CV up on the screen, as well as access to their LinkedIn profile. Beyond that, there is only one other thing you’ve got to go on: their assurance that they’ve got a ‘great personality’.

Is that enough information for you to make a decision?

Well, probably not. Beyond this sweeping, highly subjective statement, you don’t have a scrap of actual insight into this candidate. Great? GREAT? Plenty of people think Donald Trump is great. Would you say that Trump is great? How about black pudding? BDSM? Netball? Ant farms??? All these things are great, according to someone, somewhere. But we can’t all be narrow-minded enough to truly believe that our idea of great syncs up with everyone else’s. And if we can all agree that slapping a broadly positive label on something as intricate as a person is not ok, then why do we think it’s ok to do it for a business?

It’s time for us to stop using bias to cut corners, and start explaining exactly what is so great about the office culture in question. In the interests of being fair, let’s have a quick recce of some of the nuts and bolts that make up a company culture:

What’s it like in there? Is it an open office where staff frolic from end to end with wild abandon, or a grandiose, ‘everyone behind closed doors,’ affair? Do employees sweat away the hours, toiling in a windowless room saturated with a faint aroma of onions? Are there personal effects on the desks? Any plants in sight? Is there a marble foyer in the mix?

Our environment: It is an open office…and yes, obviously there’s plenty of frolicking (don’t bother trying to out-frolic us. You’ll only embarrass yourself). Wandering eyes can rest on the soothing majesty of cityscape views which decorate the walls and spill from the windows. What else? There’s a fair few cosy little nooks dotted about the place for those who want to have meetings, take impromptu snack breaks and seek general refuge from the hustle and bustle. Oh, and there’s a wonderful ‘Gleestro’ where there’s enough syrups to rival Starbucks.

This is easy, as it doesn’t require much working out: just, you know, double check what the values are and list them (although really, you should know). Normally they’re pretty telling.

Our values: Fun, Flexible, Family-Oriented, Supportive and Collaborative. See, that was easy, right? Don’t you feel like you know us a bit better now?

Our vision: After reaching a consensus to make world domination a firm Plan B, our three directors thought it was about time to create a business founded on trust, transparency and integrity – everything they felt the recruitment industry lacked. So far it’s gone swimmingly.

Is it a melting pot of characters, or do you revert to type? When people are on the phones, is it normal for them to stand in threadbare socks, juggling fruit while doing so – or are they more likely to be flicking imaginary specks of dust off their designer suits? Does the CEO have a PA who’s reduced to tears in public on a bi-weekly basis? If so, are they tears of joy???

Our people: We’ve got a real assortment of personalities down here at Gleeson, underpinned by one unchanging constant: everyone is incredibly friendly and easy to talk to. Despite the constant stream of lively chatter, there aren’t any slackers in the fold! We should also probably mention that our CEO would be utterly devastated to make Bianca cry anything other than tears of joy...

So, there you have it. A little cheat sheet for you next time you feel the sinister urge to describe your company culture as ‘great’. For those of you on the other side – make a mental note to ask future employers about those four aspects to determine if their version of a ‘great culture’ matches up with yours. If you want to get ahead, get specific!