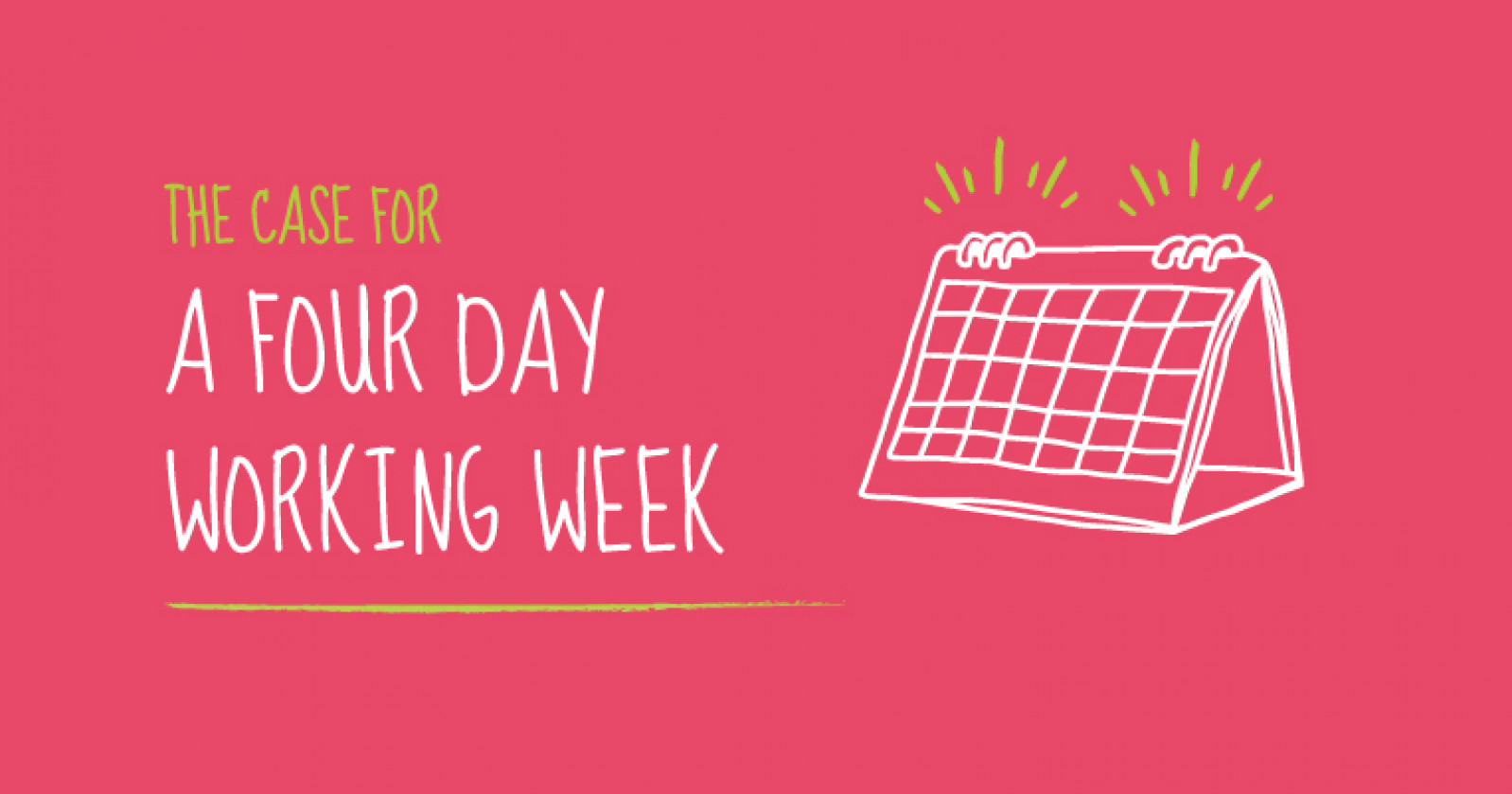 The Case for a 4 Day Working Week

A mobile phone here. A laptop there. Then came the World Wide Web. Wireless internet. MSN Messenger. Soon after, we had the iPod. LinkedIn and Skype, Facebook and YouTube. Kindles.

Just over a decade ago, the first iPhone was launched, and everything sort of exploded.

We adapted swiftly, eagerly settling into our new lives as dedicated digital junkies. Phones grew bigger and sleeker, laptops got smaller and lighter. Tasks that once gobbled up hours, days and weeks of human labour became effortless; a matter of holding a thumb over a button.

Then – around the time that we began to implement self-service checkouts – vague fears started to circulate. If machines do the jobs for us, doesn’t that mean it’s only a matter of time until they start to take our jobs from us? Is the standard-issue mortal going to be muscled out of the economy by the suave, immortal algorithm? Are we all ultimately doomed to bend to the will of AI, spending the rest of our days nervously fanning sex robots with palm leaves and feeding them virtual punnets of grapes?

You’d think so, really, wouldn’t you? I mean, it might happen. There’s certainly data to suggest it’s not beyond the realms of possibility. A study from Centre for Cities found that 3.6 million UK jobs could be replaced by machines in 2030 – a prediction which we can all agree is pretty daunting. But there’s something weird about it, and it basically boils down to this: if our careers are to be largely superseded by machines and the whole evil takeover is happening already, then why the hell are we all still working so much?

As it stands, 3.3 million people in the UK are currently working more than 45 hours a week, with 1.4 million working a full 7 days a week. Considering that workers spent the 19th century securing the right to an 8-hour workday, and the 20th century tackling the whole two-day weekend issue, it seems regressive that so many today are denied access to work within these retro parameters.

Anyway, not to worry; the TUC are on it. If you followed the news last week, you’ll know that Frances O’Grady is far from being a happy bunny. The general secretary reckons it’s high time that UK employees were treated to a nice, long, 3-day weekend – complete with a salary injection.

Lovely idea, isn’t it? As far as suggestions go, I’m not sure I’ve ever come across one so seemingly reasonable in theory, yet so gloriously decadent in practice. If you see her in the street, consider yourself duty-bound to offer a standing ovation while pelting her enthusiastically with red roses. I, personally, can barely type her name into Google without going misty-eyed.

According to Frances, a lot of people are using technological advances to treat their employees unfairly. Rather than spreading the benefits evenly, allowing everyone to work for less time and more money, it seems that a lot of company managers and shareholders are instead electing to keep all the gains for themselves. What’s worse is that due to the ‘always on’ nature of modern technology, many of these employees are actually having to work more. Which isn’t very nice for them, really, is it? Not nice at all.

Fond as I am of our dear Frances, she’s not the first to request that we take measures to protect employees from digitally-induced burnout. France have implemented a law called ‘the right to disconnect’, meaning that companies with over 50 employees are not permitted to let work spill into post-office hours. Germany have taken concerted action to preserve work-life balance; the Labour Ministry in 2013 told its supervisors not to contact employees outside of working hours, and Daimler, the German car company, deletes emails sent to employees while they’re on holiday.

The UK is also not the first place to test the waters for a 4-day working week. The American programming-education company Treehouse attempted a 32-hour workweek in 2016, and found that, conversely, it reduced the work ethic of their employees. Meanwhile, in the city of Gothenburg in Sweden, the six-hour workday resulted in employees that were overall happier, healthier and more productive – but couldn’t be continued because it was too expensive. Unsurprisingly, it looks as if there are a few kinks in this masterplan that need smoothing out before us Brits whack out the party poppers to celebrate the golden era of the 3-day weekend.

A change of this magnitude involves a lot of variables – and while increased health and happiness for employees is a positive goal for us all to work towards, we should consider the logistics around executing such a major adjustment. Will a 32-hour workweek actually boost productivity, and if so, will that boost be sufficient enough to cover the costs of the entire nation working a day less every week? Does working less hours for the same pay inevitably pave the way for a complacent workforce, as with Treehouse – or does it actually increase the sense of drive and well-being, but ultimately lack economic feasibility, like in Gothenburg?

If we want to look to a more inspiring application of the model, it might be best to settle our gaze on the other side of the world. New Zealand’s trust and estate management firm Perpetual Guardian has successfully instigated a 32-hour workweek, all the while keeping everyone’s wages neatly intact. By reducing weekly working hours from 40 to 32, they’ve seen a significant enough productivity spike that they’re now considering making the change permanent. On a practical level, it does seem like a prudent means of meeting the demand for work-life balance – not to mention our ever-climbing technological advances. Why fret about AI taking over our jobs when we can utilise it to work for less hours and higher wages? Just because our machines keep working smarter, doesn’t mean we can’t too.