Skills to Pay the Bills - or is there a gap in the market? 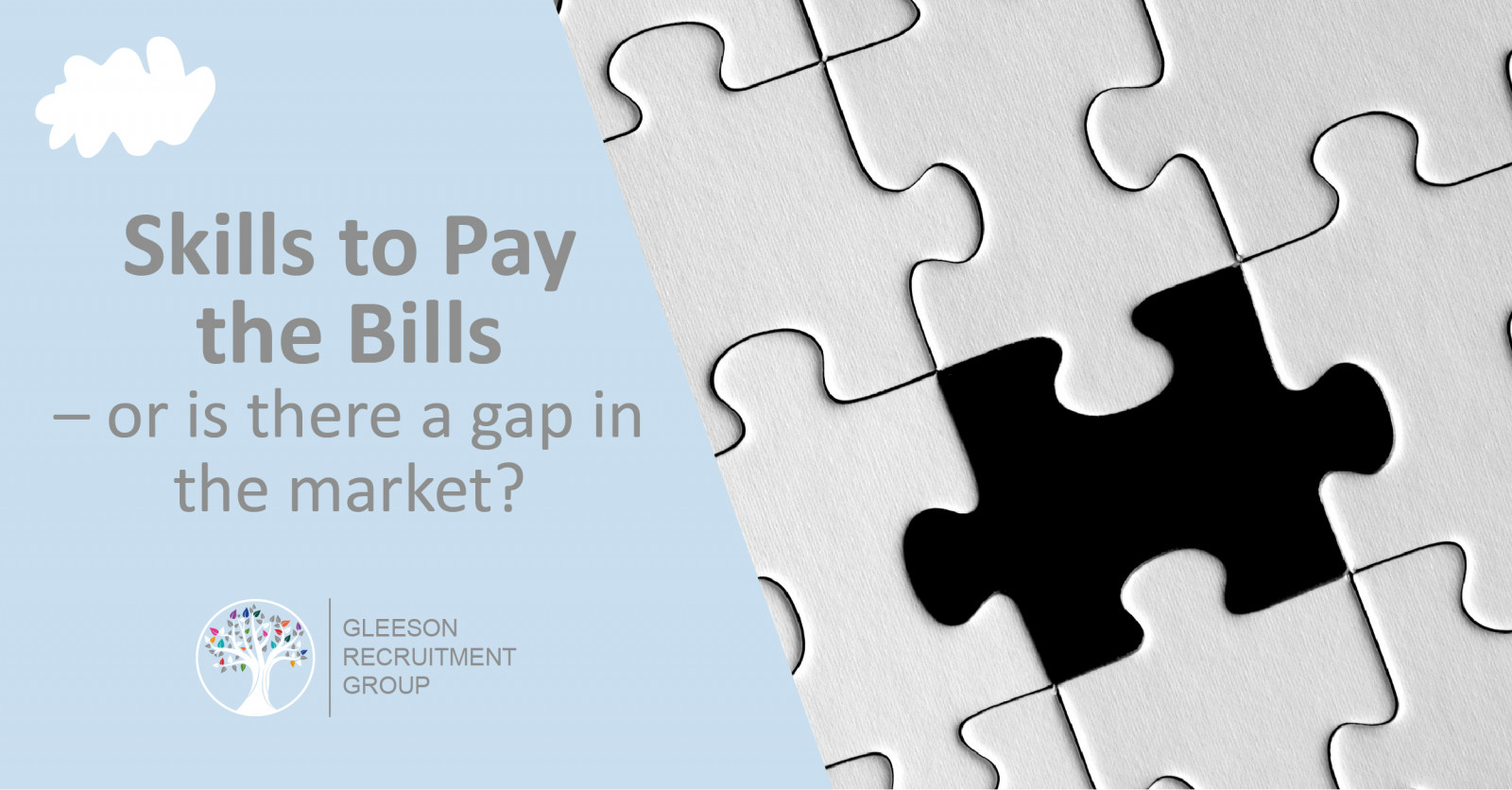 “Uh yeah, I’ll have one candidate with two Master’s Degrees; but who also had time to volunteer in social work in order to build up their interpersonal skills; also throw on some sprinkles of experience working with that new CAD software that came out last year, and a side whipped-into-a-70-hour-working-week cream; and a First Aid certified flake. The Vegan option, please. I can pay you minimum wage and 2 days of holiday a year. What do you mean you’re sold out of all of those things?”

Were the real Skill Gaps the Friendships we made along the way?

Or is it our own difficulty in achieving flexibility and open-mindedness? There is a massive conflict in current opinion regarding the perceived “Skill Gap”. One survey indicates that three quarters of organisations believed that they struggled to find suitable candidates for their vacancies due to a Skills Gap that Education systems were making no effort to address. Indeed, there are huge numbers of apparently unfillable positions in today’s market, but also staggering unemployment rates. Many experts argue that there are simply not enough candidates to fill the positions who have the right skills and qualifications for the job. A new line of debate, however, suggests that these positions are easily fillable, and it is simply the highly stringent hiring policies of these organisations that is impairing their own success in finding suitable candidates. But what are these “missing skills” that are impacting potential success?

Soft? Hard? These are skills, not types of boiled egg

“Hard” skills refer to the quantifiable and more teachable skills: something you might have a degree or certificate in. They can include computer skills, degrees, or strong writing proficiency. “Soft” skills refer to the rather more ephemeral qualities that include organisation; time management; interpersonal skills, such as leadership, negotiation, and communication; the capacity to learn new skills; and the skills that are currently perceived to be most lacking in the market – critical thinking and problem solving. Hard Skills are easier to teach and be taught but can involve more rigorous levels of assessment. Soft skills are hard to identify, many employers relying on interview technique alone, and being disappointed post-placement, when the candidate demonstrates the teamwork skills of, well, a boiled egg who has simply been coached in interview technique. It is both Hard and Soft skills, though, that are apparently lacking in prospective employees at present.

It is easy to point fingers at the education systems. More than half of recent graduates report feeling that, whilst they have the technological capabilities to tackle their desired field of work, they have been left underprepared in their communication and collaboration skills. Additionally, STEM and IT enrolment in the last decade has remained at a very consistent rate, despite the fact that the modern job market is shifting, with automation removing the need for low-skilled labour, and IT professionals and engineers becoming more and more in demand to facilitate this automation. Even areas such as medicine and education are becoming increasingly reliant on technology, and so expectations are rising across the board. The need to pursue a degree and IT training, though, leaves many with the dilemma that they now have no time for personal development, or the building of social/team skills. Meanwhile, previous generations who have been employed for years, but find themselves seeking a new job, encounter the issue that they have the experience and specific qualifications for their field, but are no longer up to date with the latest tech advancements.

Some would argue, though, that there isn’t even such thing as a Skills Gap. Certainly, the peak point of pickiness in terms of qualification requirements in recent years came in 2010, coinciding with the summit of post-Recession unemployment. Could it be that Hiring Managers simply allowed themselves to be more selective as the market became saturated?

Whilst employment rates are now progressing into a far better place, and the pool of candidates are getting smaller, the expectations established a decade ago are still being applied. This could be called a Skills Gap, but perhaps we need to adjust our expectations; there are still viable applicants, but now they have the opportunity to be as choosy as their prospective employers.

As Guns N’ Roses would say: Where do we go now?

One potential solution may be to address the perceived lack of skills through actual action. A 2012 Aquent survey of Digital, Marketing, and Creative Hiring Managers indicated that nearly a third immediately resorted to temporary placements to fill in when their teams lacked necessary technical skills, knowledge, or expertise to complete a project. The Millennials were infamous for job-hopping, but surveys indicate Gen Z want to settle down and have career progression; a canny employer can both help retain valuable employees and solve their Skills Gap through investing in employee development. By letting go “less skilled” workers, the market is simply becoming more over-saturated, and any actual problem is only being exacerbated, but addressing the apparent issues is beneficial for both worker and workplace.

If employers aren’t looking to enact formalised workplace education, though, then they may wish to consider academic incentive and compensation; it is important to understand that skills are just as important as qualifications, and match expectations with appropriate salaries. The perfect applicant will make themselves worth it!

On the other end of the spectrum, prospective applicants can make themselves more appealing through proactively undertaking enrichment and training that can benefit both hard and soft skills. Join Toastmasters, take that Excel course! There’s always room for self-improvement, and as you can see, it certainly makes the difference to Hiring Managers!

Skills Gap or none, though, it is undeniable that the ideal candidate can be hard to find. Similarly, those who have the “skills to pay the bills” may feel undervalued, or like they aren’t being offered the right incentives. If only there was a company specifically devoted to branching that middle ground, with expert consultants dedicated to fitting a perfect employee in with the perfect employment, necessary skills and all- if this appeals to you, why not give Gleeson a call?